If you’re an avid Apple fan, you will know this last week Monday was the start of the latest WWDC (World Wide Developer’s Conference) in San Francisco, WWDC ’12.

As per usual, Apple had some great announcements to make, and as always, made the 2 hour long keynote most enjoyable.

If you haven’t watched it yet, do yourself a favour, and check it out.

3 big announcements were made, and they are: The new Macbook Pro, Mountain Lion and IOS 6.

So let’s get started.

The hero of the day was most definitely the new, next-gen Macbook Pro.

Apart from the fact that it resembled the Macbook Air very closely in size, the new MBP boasts a lot of new changes from the old one.

Here are most of them:

The new MBP now boasts the same screen technology used by the new iPad, allowing for 5.1 million pixels to fit into the laptop’s 15.4″ screen. Just to reiterate, that is 5.1 million pixels.
This allows the MBP to run at the resolution of 2880 by 1800 pixels, an amazing 3 million pixels more than a full HD TV! 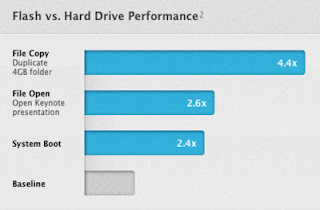 The new MBP now comes with only flash storage, allowing for incredibly quick responses to the storage. Apps launch quicker, the system starts in seconds and the entire desktop experience is more fluid and smooth.

The 2 variants of the MBP will come with 256GB and 512GB of flash storage, allowing upgrades to 768GB.

Apple’s batteries have always been impressive, but this one is ridiculous.

It maintains the 7 hour battery life claim, just like the normal MBP’s, despite the enhanced screen, graphics and processing power.

This will explain why a huge portion of the MBP’s insides are being taken up by asynchronous battery packs.
This new 95 Watt battery will give you up to 1000 full charges and discharges, and an amazing 30 days in standby mode.

As we have been expecting, the MBP comes with the brand new Ivy Bridge Core i7 Intel processors.
Between its 4 cores, 22nm die, up to 3.7 Ghz in speed and support for up to 16GB of 1600Mhz memory, this a genuine power house of a laptop. Specs that are very hard to come by, if any. 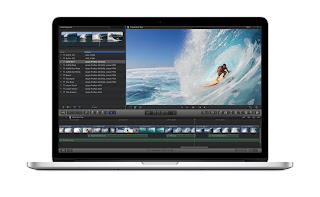 In order the drive those 5.1 million pixels, Apple had to put in a serious graphics unit.

The new NVidia GeForce GT 650M, based on the new Keplar Technology is the driving force behind all the amazing graphics we now have with this beautiful retina display.
With 1GB of dedicated memory, it is a GPU to contend with the big boys.

Here is a list of the interfaces on the new MBP:
1 x SDXC slot
1 x HDMI port, finally allowing your to hardwire into your HD TV
2 x USB 3, being backwards compatible to USB 2 as well.

1 x MagSafe connector, with a slightly thinner profile with the new design for the power connector
2 x Thunderbolt ports, allowing for 2 extra displays or maybe even a storage solution for your data needs.

Featuring speakers that produce sound you would not expect in a MBP, and a dual-microphone system, the new MBP is the all-in-one laptop it set out to be.
FaceTime will now be able to run in 720p mode, which is fantastic for video calling.

All the major apps have been updated to reap the most rewards from the gorgeous retina display.

Weighing only 2.02 kg, you will agree with me that this is officially the ultimate laptop.
Whether for work, personal, design or gaming, this MBP has it all.

Here is why you are NOT going to rush out and pick one up when they go on sale in July.
The smaller version of the new MBP is coming in at R23999 from Digicape, while the big daddy is coming in at R29999. OUCH!
I just felt my wallet gulp.

If you have the cash, then there is absolutely no question as to whether you need to get the new MBP or not. Do it!