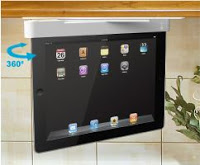 iPad cases have been getter ever-more inventive since the advent of the iPad2.
The Magstand2 is definitely keeping with that notion.

This accessory acts a combination of a stand as well as a cabinet mount. 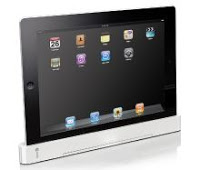 It is really ingenious,  because it means that you can use it as simple stand, or you can hang it underneath a cabinet in your kitchen so that you can follow that recipe without worrying about boiling chilli-sauce splattering all over it.
If you were so inclined, you could even mount it vertically, so that it could connect up to the side of cabinet possibly. 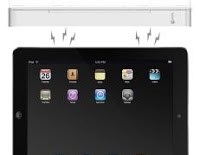 The stand uses magnetism to hold the iPad, negating the need to worry about clips potentially giving in and dropping the device into a few pieces on the floor.

The stand is going for a mere R320, which is very competitive among the vast range of cases/holders available. The manufacturer, Macally, is however located in the States. But not to worry, they are indeed shipping to the motherland. Unfortunately, the estimate to ship to Cape Town is  R400, R80 smackers more than the stand itself. 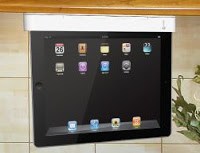 Before you get disheartened though, go and check out the rest of their products too, as there are some really nifty gadgets for most iDevices and Macs, which could mean a delivery of a few items.
Or, of course, you can cozy on up to the boss that is going to the States for the December hols, and convince them to bring it back for you. 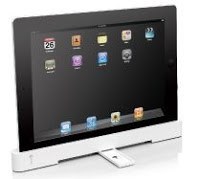